Bitcoin (BTC) mining started as a very popular process. The success was huge, and a lot of miners made money from Bitcoin mining. Over the years, however, the process has become more difficult and expensive, for two main reasons:

As a result, many people have moved away from mining. But that may be changing:

The popularity of cloud computing is reviving the Bitcoin mining: all thanks to cloud mining.

How does Bitcoin mining work?

Initially, anyone could mine from their home. It was relatively simple:

Even with a personal computer, it was possible to mine a fair amount of cryptocurrencies. But over time, that changed.

The difficulty of the algorithm problem increases with each new block, increasing the amount of processing power needed.

For those who wanted to make money from mining, specific equipment, such as mining rigs, quickly became necessary.

To mine Bitcoin, we use the highest possible hardware such as GPUs (video cards), or ASICs (Application Specific Integrated Circuits) mounted in parallel to make the most of their capabilities.

This also requires a scheme to maintain everything without overheating. The infrastructure that enables this is called mining farms (farms mining).

All these electronic apparatus of mining farms worldwide consume an enormous amount of energy, which raises concerns about the viability of this process to create cryptocurrencies.

Bitcoin mining next recalculation coming in a few days

In a few days, the next recalculation of difficulty will take place in the network of the first cryptocurrency. The experts explained how this would affect the profitability of the miners’ business.

How the next recalculation will affect bitcoin profitability

On October 17, the next recalculation of the difficulty of Bitcoin mining will take place. Last time, at the beginning of the month, the indicator remained practically unchanged, which, against the background of a decline in the rate of the cryptocurrency, led to a drop in the profitability of its production by 11% compared to August.

How to determine bitcoin mining profitability

The main indicator of mining profitability is the Bitcoin rate, said Dmitry Shuvaev, Development Director of BitCluster. According to him, the expected increase in complexity as a result of the next recalculation is 4%. The profitability will grow at the moment if the cryptocurrency rate keeps above $11,000.

“The increasing complexity will come as Bitmain has finally shipped the new S19 devices. But for the most part, everything depends on the Bitcoin rate, only he decides what the profitability will be, “Shuvaev explained.

The growing complexity of the Bitcoin network was reported by the CEO and founder of EMCD, Michael Jerlis. According to him, when investors see an increase in the value of the first cryptocurrency, they connect the old models of ASIC miners, which after halving have lost their profitability.

“About a week ago general hash rates overcame new high of 170 Eh/s. As practice shows, the complexity of the network always grows in proportion to the BTC rate. At the same time ROI (indicator of return on investment) will remain approximately at the same level, “Jerlis suggested.

How will profit change?

The difficulty of mining determines the number of costs that a miner must incur to find a block in the cryptocurrency network. The higher the complexity, the more computing power is needed to run. The parameter automatically changes every two weeks, depending on several factors, in particular, on the time it took to find one block. On average, it should take 10 minutes to find a block. If miners manage to find a block much faster than this period, this suggests that mining cryptocurrency is becoming too easy and less costly. In this case, the recalculation increases the complexity, balancing the system. It also works in the opposite direction. 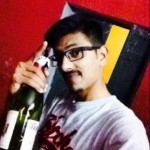