Facebook is one of the top tech companies to back a cryptocurrency project. Instead of just investing in a crypto company or giving its support for one, however, the company did what every other conglomerate of its size would do – it launched a cryptocurrency directly.

There has been a lot of speculation surrounding Facebook and its crypto plans. All through 2018, the company made moves to suggest that it was indeed exploring the crypto path and looking to enter the industry. However, only a few people could believe it when the company announced in 2019 that it was launching its very own cryptocurrency.

How We Got Here

Last June, Facebook shocked the world with the launch of Libra – a stablecoin that is backed by a basket of fiat currencies (including the dollar, pound, and euro). The asset immediately sent shockwaves around the tech and financial spaces, especially with Facebook showing such orderliness towards its operation.

Along with its asset, the company launched Calibra, an independent subsidiary that would oversee the asset. The company also inaugurated the Libra Association, which would help to govern Libra’s operation and ensure that it operates as the social media giant wants it to. Everything seemed perfect and set in stone, and it looks like Facebook was on the highway to launch this baby.

However, no sooner had people been shocked at the asset that they began plotting ways to bring it down. With Libra, it was a case of being dead on arrival.

Libra’s first problem came when the House of Representatives sent a letter to Facebook, asking the company not to push forward with the asset until the government had ascertained that it was safe to do so.

Facebook and its top executives eventually appeared before both the House and the Senate in separate hearings, hoping to shield the asset from negative press and ensure that the dream stays alive. It didn’t quite work out. After the meetings, lawmakers were even more convinced that the asset was a threat in its present form and that it shouldn’t be allowed to launch.

In the months since then, Facebook has made change after change to its asset, hoping to get it past the goal line. The company began by replacing some top executives in Calibra and bringing in people who have experience in government and policy. The hope was to present a more aligned front with Washington and make everyone believe that the company was willing to play ball with regulators.

Already, Facebook is behind schedule. The company planned to launch Libra in June 2020, and nothing has come out of that date since then.

There’s even bleaker hope that the company will begin to make progress as it is. 2020 has come with significant issues, including and most especially the coronavirus pandemic. Companies have shifted their focus to survival, not expansion. With everyone trying to mitigate harm and stay afloat, Libra is almost a shelved project for now.

There’s also the fact that top economies are currently opposed to the currency. Earlier this week, Reuters reported that countries representing some of the largest economies in the world – the United States, the United Kingdom, France, Germany, Italy, Canada, and Japan – had committed to blocking the asset from launching until regulations are in place.

The news report explained that they submitted a draft confirming that oversight will need to be available before they provide any approval for stablecoins – including and especially Libra.

“The G7 continues to maintain that no global stablecoin project should begin operation until it adequately addresses relevant legal, regulatory, and oversight requirements through appropriate design and by adhering to applicable standards,” the draft stated.

Already, several countries have pointed out their displeasure concerning Libra. Last year, the G7 inaugurated a task force to study stablecoins. The report from the task force explained that while stablecoins are a significant step up when it comes to ensuring financial stability, they also pose a threat to countries’ financial sovereignty.

The People Who Matter Desert Libra

Now that top economies have all but turned their backs against the asset, Facebook is now faced with a significant conundrum. The company could decide to continue with the asset and launch it in countries that are ready to accept it, but it will do so understanding that profits from Libra won’t be much.

Major economies usually provide the best profit when it comes to FinTech developments. If they won’t adopt your currency, there’s little proof to show that the currency will bring anything valuable to you. Eventually, Facebook is a business and it will need to make money. An unprofitable asset won’t fit into the company’s structure, and it definitely won’t be a great fit with the companies that have signed up to be a part of the Libra Association.

The Prospect of Blowback

Another significant problem with launching Libra regardless is the fact that the asset has an uneven acceptance slope. Some countries on a continent have committed to the asset, while others have not. If the company decides to launch, it runs the risk of eventually finding out that the asset has entered an unwelcoming country. These will lead to hearings and calls to sanction it once more. Facebook already has a reputation for being quite opportunistic and using its power for evil. Part of that was what led to the company having issues with Libra in the first place. Now, it appears that the reputation might come back to haunt it several times over. 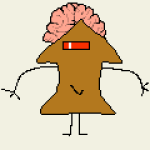