South Korean police have charged the executives of Coinbit, a major cryptocurrency exchange in the country, for involvements in fraud and market manipulation incidences. Investigation Team of the Seoul Metropolitan Police Agency has handed chairman of Coinbit, Choi Mo, and other two unnamed executives to the justice and prosecution authorities on charges of fraud and forgery of records. The investigation is still ongoing. Following recommendations from the police, the prosecutors are now preparing a case against the executives.

The police believe that from August 2019 to May this year, Coinbit executives used a ghost account in the crypto exchange to inflate the transaction volumes and manipulate crypto prices.

The police authorities claim that the Coinbit executives used a ghost account in the crypto exchange to blow up transaction volumes by using a bicycle method to manipulate coin prices. The fraud earned the executives about 100 billion won ($84 million) in wash trading profit. Wash trading was allegedly used to conduct about 99% of Coinbit’s volume transactions.

South Korea’s police began the investigation after getting the report about the potential fraud. On August 26 this year, the police officers conducted a search and raided the offices of Coinbit headquarters in Gangnam-gu, Seoul to secure related data.

Fake volumes are common cases in cryptocurrency markets across the world, with research shows that over 90% of all transactions on crypto exchanges could be bots trading back and forth with each other to create the illusions of an active market. Washing is a major problem in the crypto trading industry. Several established crypto exchanges have been accused of such malpractices. Some exchanges use the malpractice activity to boost liquidity while others use it to gain profits. Wash trading is an illegal type of activity in most countries including South Korea. 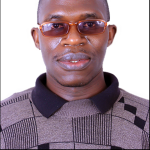 Nicholas Otieno is a FinTech writer who shares the latest news on financial instruments, stock markets, investments, cryptocurrency, blockchain, fiat currencies, financial analysis, as well as commentary analysis about big-name companies which matter to investors. When Nicholas is not writing, he enjoys performing domestic tasks at home, spending time with friends, listening to music, and watching football.