Ethereum has set a new ATH in the last few hours. The digital asset has now broken resistance and the previous record set just weeks ago. With the previous high at $1,500, Ethereum has now broken this to climb above $1,700. This comes after a 15% rally on Wednesday, setting it up for higher gains by week’s end. The bulls will look to push higher over the coming hours and days to reach a higher high and set the $1,500 recent high as support.

This latest move further see Ethereum pull away from a majority of coins including Bitcoin in gains.

Since Bitcoin surpassed its 2017 high, the largest crypto went on to climb and double this, successively climbing above $40K. There has been anticipation from bulls that Ethereum might repeat the same trend, seeing it reach as high as $3,000. But is it all hype or is there a real case for this price prediction?

Institutional Interest At A Record

With bulls seemingly intent on reaching $2,000, and with Bitcoin setting the pace, the charts suggest that Ethereum is well on its way to reaching as high as $3,000. Furthermore, there are some more technical developments and environmental catalysts. Looking at these, Ethereum is set to reach these levels.

One of the key developments around Ethereum that is set to hugely boost it over the next few weeks or months, is the increased interest from institutions. Leading the pack is Grayscale, the firm which is already accumulating Bitcoin in an unprecedented fashion has now taken an interest in Ethereum. Just this week, Grayscale has added $38 worth of Ethereum to their trust. Their latest addition now sees their total holding reach $4.5 billion worth of ETH.

Ethereum’s strength in the last few months has seen institutions take an interest in it. Data from Bloqport has further revealed that large entities holding 10,000 ETH just reached a 13-month high. The same is expected to continue rising over the coming months

As more firms continue to add to their Bitcoin holding and explore new coins, Ethereum is guaranteed to be one o the favorites that are bought heavy.

After just two months since investors began staking on Ethereum, the network has grown exponentially to become the third-largest staking network. Staking contracts have at the time of press surpassed 2.9 million.

The network is now just behind Cardano and Polkadot which have had their skins in the game for far longer than it. With Ethereum’s potential clear, this has partly been the reason for the price growth recorded by ETH in the last month. Staking will continue to create demand for ETH with the same demand pushing prices high.

Based on these catalysts, analysts have not been shy in their bullish predictions. Prominent analyst Michaël van de Poppe in particular believes the current bull cycle will see Ethereum reach as high as $17,000.

This being ten times higher than its current price, compared to ₿it₿oy’s prediction, this is fairly conservative. The analysts and Youtube contributor believes Ethereum is headed to $100K.

Some of those FOMOing around Ethereum are those that believe it is too late to buy Bitcoin. As the second-largest cryptocurrency and the largest altcoin by market cap, many of those late to the Bitcoin party or just beginning to explore new coins away from Bitcoin have been turning to Ethereum.

A $10K Ethereum by the end of the year is highly likely with the $100K prediction also possible in the years to come. 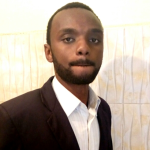