It’s been a great year for Bitcoin. The flagship digital currency has recorded a surge in price that has mirrored the 2017 bull run that culminated in the all-time high price above $20,000. Bitcoin is currently trading just shy of $18,000, its highest price in three years. Is this rally likely to continue or will a correction take place? We talked to a few experts who shared their thoughts on the market.

The top cryptocurrency is currently trading at $17,882 according to data from CoinMarketCap. On some markets, such as South Africa’s Luno, the crypto is trading well above $18,800.

The last seven days have been extremely productive for Bitcoin, with the currency gaining 14.3%. However, its rally to a three-year high started way back in March this year, bouncing back from a yearly low of $5,000. The crypto has continued to rise, doubling in price two months later in May.

Since October began, Bitcoin has gained 65% – equivalent to $7,052. In that time, the global economy has seen a number of events that have continued to shake up people’s confidence in their currencies. The king of cryptos has also received endorsements from a number of key figures, including billionaires and executives at Fortune 500 companies.

What makes Bitcoin’s rise all the more remarkable is how it has done it at a time when the global economy is in turmoil, Greg Waisman, the co-founder and COO of crypto payment platform Mercury.io tells ATZCrypto.

Despite the volatility of the global economy and the fall in the world’s GDP by at least 5.2%, Bitcoin is showing steady growth. Against the background of the global fall in the currencies of developing countries (the Turkish lira, the Russian ruble, etc.), this trend is all the more noticeable.

Events Leading to the BTC Breakout

While Bitcoin is a force all by itself, a number of events have taken place in recent months that have worked out quite well for the currency. Perhaps the biggest has been the U.S election. The face-off between the ever-controversial Donald Trump and his Democratic challenger Joe Biden caused great economic uncertainty.

Several analysts predicted that this election would bring the people’s confidence in the U.S dollar to its knees. This would in turn lead them on a search for hedges against an impending debasement of the greenback, with gold and Bitcoin the obvious gainers.

Even presidential aspirant Kanye West jumped on the Bitcoin bandwagon. In a interview with Joe Rogan, Kanye stated that the crypto world has a perspective on “what the true liberation of America and humanity will be.”

This year has also seen some of the previously anti-crypto institutions turn pro-crypto. The biggest is America’s largest bank JP Morgan. In a note to investors less than a month ago, the bank touted Bitcoin as the biggest competitor to gold as an alternative currency.

Billionaires as well have continued to tout Bitcoin as a safe hedge, with many revealing they own the crypto. The latest is Mexico’s second-richest man Ricardo Salinas Pliego. Pliego, a billionaire with interests in telecoms, media and retail, revealed that 10% of his liquid portfolio is in Bitcoin.

Other billionaires who have touted Bitcoin in recent months include hedge fund titan Stanley Druckenmiller. He stated:

It has a lot of attraction as a store of value to both millennials and the new West Coast money.

So big has Bitcoin become that it recently surpassed the value of Russia’s fiat currency, the ruble. While this is significant, it’s just a reflection of Bitcoin’s journey to liberate the people from fiat currencies, Anton Chashchin, the commercial director at CEX.IO Loan Service tells ATZCrypto.

More people are recognizing that Bitcoin can be a store of value, Anton went on. This will continue to draw more towards the crypto as they abandon the inflationary fiat currencies.

As per AssetDash.com, Bitcoin is the 18th largest asset in the world, just ahead of NVIDIA, Home Depot and SPDR S&P 500 ETF Trust. The latter is the largest ETF in the world and tracks the performance of the S&P 500 Index.

Mercury.io’s Waisman summed it up:

Bitcoin will continue to rise against fiat currencies this year as well as in the next year. Compared to fiat currencies, the value of which is declining, minor rate corrections are possible in regards to Bitcoin. This growth will be facilitated primarily by the political and economic stabilization of markets in the United States, the recovery of the world’s largest economies (US, China), as well as the solution of global epidemiological threats and the launch of mass production of vaccines against COVID-19. 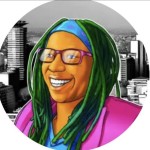